Sorbitol, also called D-sorbitol, 50-70-4, E420, and D-glucitol, is a type of carbohydrate. It falls into a category of sugar alcohols called polyols. 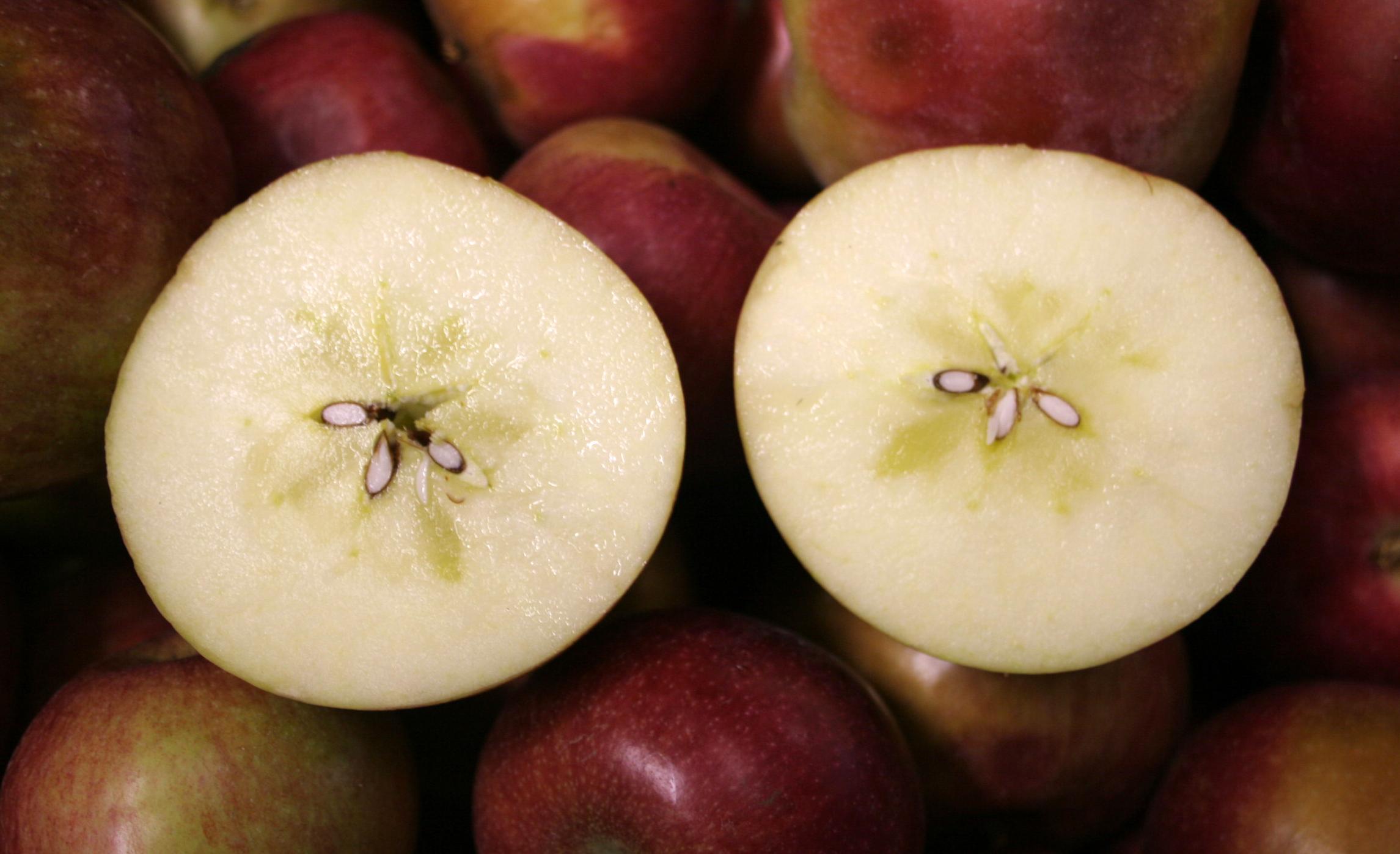 This water-soluble compound is found naturally in some fruits, including apples, apricots, dates, berries, peaches, plums, and figs (1).

It’s also commercially manufactured from corn syrup for use in packaged foods, beverages, and medications.

Commercially, sorbitol is used to preserve moisture, add sweetness, and provide texture to products, as well as potentially support digestive and oral health. 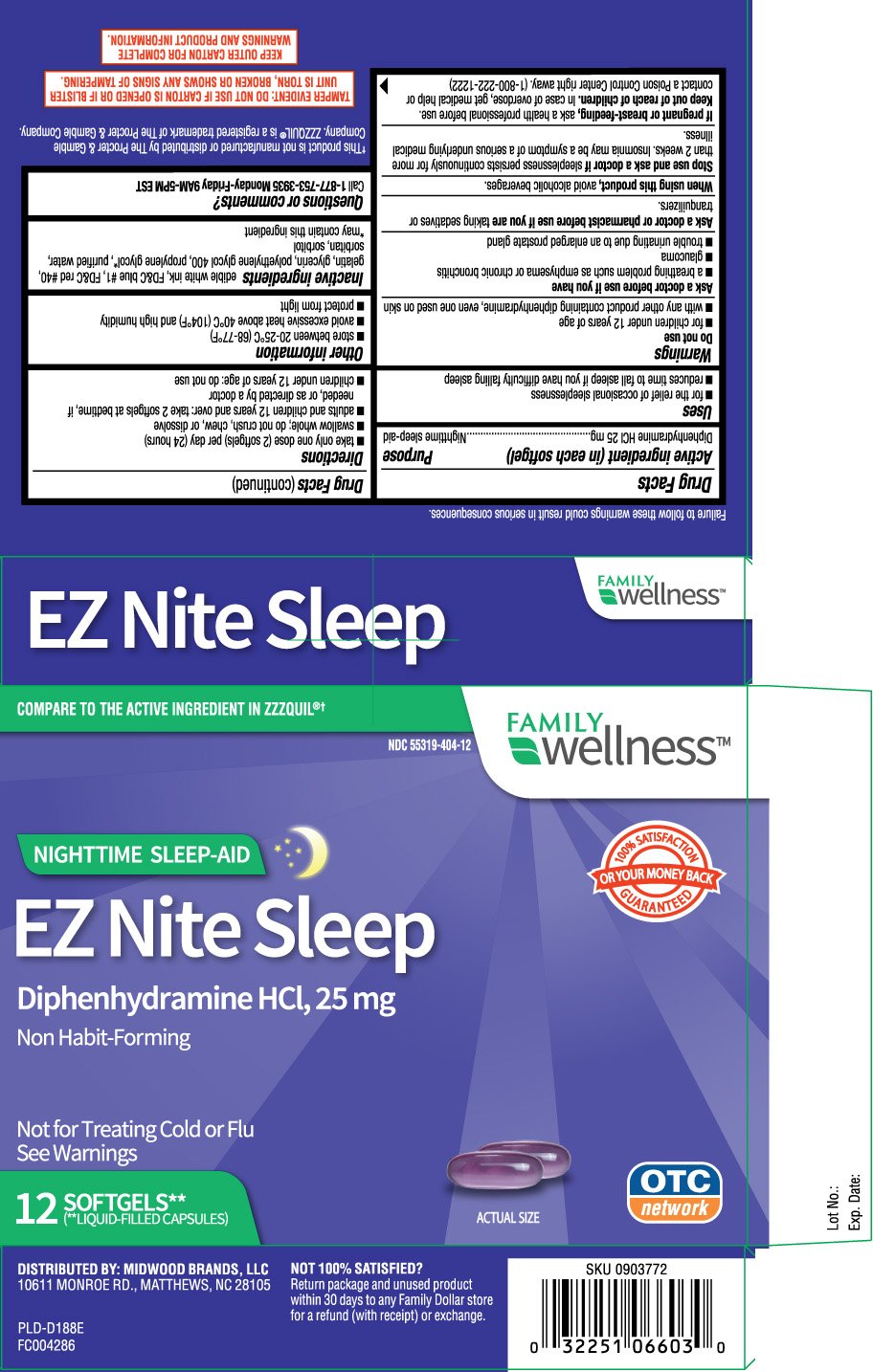 Sorbitol is a widely used sugar alcohol for several reasons.

It’s also not fully digested in your small intestine. What remains of the compound from there moves into the large intestine where it’s instead fermented, or broken down by bacteria, resulting in fewer calories being absorbed (3).

Second, the sweetener is often added to foods marketed to people with diabetes. That’s because it has very little effect on blood sugar levels when eaten, compared with foods made with traditional sweeteners like table sugar.

Third, unlike table sugar, sugar alcohols like sorbitol don’t contribute to the formation of cavities. This is one reason why they’re often used to sweeten sugar-free chewing gum and liquid medications (1, 4).

In fact, the Food and Drug Administration (FDA) has recognized that sugar alcohols like sorbitol may benefit oral health. This is based on a study that found that sorbitol may reduce cavity risk compared with table sugar, although not to the same extent as other sugar alcohols (5, 6).

Lastly, it’s used on its own as a laxative to combat constipation. It’s hyperosmotic, meaning it draws water into the colon from surrounding tissues to promote bowel movements. It can be purchased for this purpose at most grocery and drug stores without a prescription.

Consuming sorbitol or other sugar alcohols in large amounts can cause bloating and diarrhea in some people, especially if you’re not used to regularly consuming them. This can be an unwelcome result for some, but the desired effect for those using it to promote bowel activity.

Fortunately, other side effects from sorbitol appear to be uncommon. The most frequently reported complaint is diarrhea, though it may be accompanied by abdominal cramping or nausea (7, 8).

Still, while some laxatives can be habit-forming and shouldn’t be used for prolonged periods, sorbitol is considered a less risky, non-stimulative laxative. That said, given that it works by drawing fluid into your intestines to promote bowel activity, it should only be used as directed (9).

Despite its potential side effects, sorbitol has been reviewed and recognized as safe to consume by many global health authorities, including the FDA, Joint FAO/WHO Expert Committee on Food Additives (JECFA), and European Union (2, 10).

Sorbitol for laxative use can be found both as a rectal enema or liquid solution to be taken orally. You can take it orally with a glass of water or mixed into flavored beverages, with or without food.

Recommended dosages vary. Some studies indicate that unwanted side effects are more likely if you consume 10 grams or more per day. Additionally, one study found that malabsorption was more likely with doses of 10 grams — even among healthy individuals (1, 10).

The FDA requires that labels on foods that could cause you to consume more than 50 grams daily include the warning: “Excess consumption may have a laxative effect” (12).

That’s because taking too much sorbitol can cause severe digestive side effects and electrolyte imbalances, although there’s no evidence that the compound can cause toxicity (7, 10).

If you think you’ve taken too much sorbitol and are experiencing significant symptoms, contact your healthcare provider immediately. Be prepared to provide information about the dosage and your symptoms, including the timing of their onset.

Ultimately, it’s best to follow consumer directions on the packaging. Alternatively, consult your healthcare provider if you have questions about appropriate dosing and usage.

Sorbitol should not be taken with calcium or sodium polystyrene sulfonate, which are used to treat high levels of potassium in the blood. Doing so can cause an interaction that leads to intestinal tissue death (11). 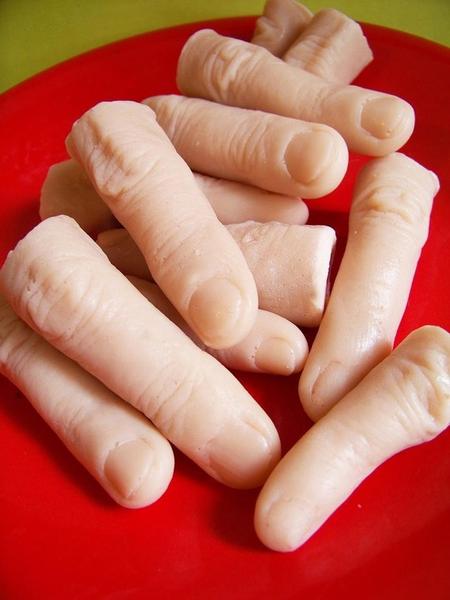 If you’re taking sorbitol to alleviate constipation, avoid using other laxatives at the same time unless your healthcare provider has specifically directed you to do so.

Most sorbitol can be stored at room temperature, or approximately 77°F (25°C). It should not be frozen or kept in hot environments, as this may reduce its shelf life.

However, many variations of sorbitol products exist, so it’s likely that their shelf lives vary.

If stored correctly, most products typically last 6–12 months, although this depends on the form and brand. Once a product is expired, be sure to discard it appropriately through a drug take-back event or another safe disposal method.

While clinical research on the effects of taking sorbitol while pregnant or breastfeeding is limited, sugar alcohols and polyols are generally considered safe to use in moderation (13).

Yet, as with other medications and supplements, it’s always a good idea to speak with your healthcare provider before using sorbitol if you’re pregnant or breastfeeding.

Sorbitol is generally considered a low risk laxative for most people when used correctly, although certain populations should avoid it.

Caution is advised if using sorbitol for children. It’s best to speak to your healthcare provider for specific dosing for kids.

People with preexisting digestive conditions or sensitivities may also want to avoid the compound (14).

This includes those following a 15).

The low FODMAP diet is commonly followed by people with irritable bowel syndrome (IBS). As such, those with this condition should avoid using sorbitol.

As with other medications, it’s best to speak with your healthcare provider about the appropriate use and dosage of sorbitol, especially if you have a chronic health condition.

If you’re looking for an alternative to sorbitol to provide laxative effects, several low risk options are available.

The most similar alternatives are other sugar alcohols like 16).

Other foods that may provide similar laxative effects include (14): 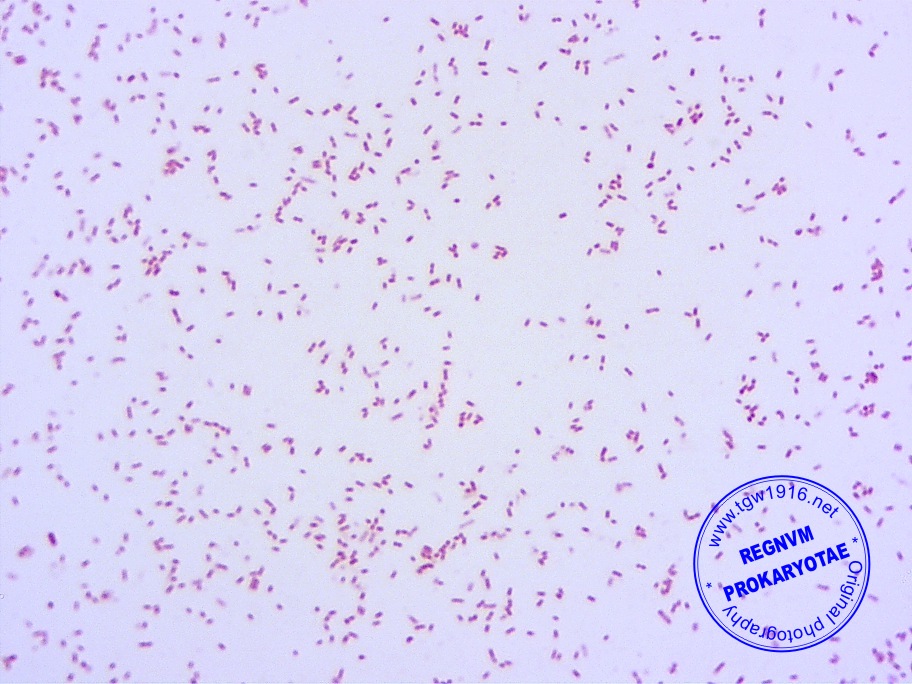 Sorbitol may also be used in conjunction with a diet rich in fiber and stool-forming foods to maintain bowel regularity.

This is a detailed article about sugar alcohols and their health effects. They have several health benefits, but can also cause digestive problems.

If you experience constipation from time to time, drinking juice may help provide you with relief. Learn which types of juices to try and how much to…

A key part of following a keto diet is reducing your sugar intake, and you may wonder whether sugar alcohols are suitable substitutes. This article…

Maltitol is a sugar substitute and sugar alcohol that people looking to lose weight or manage diabetes often use. But is it safe?

Sugar alcohol and diabetes nutrition are compatible. Since sugar alcohol contains carbohydrates, you’ll need to count those in your diet plan if you…

Small carbohydrates called FODMAP are responsible for all sorts of digestive problems. A low-FODMAP diet can reverse these problem.

Irritable bowel syndrome (IBS) causes abdominal pain accompanied by diarrhea, constipation or periods of both. Here are 9 signs and symptoms of IBS. 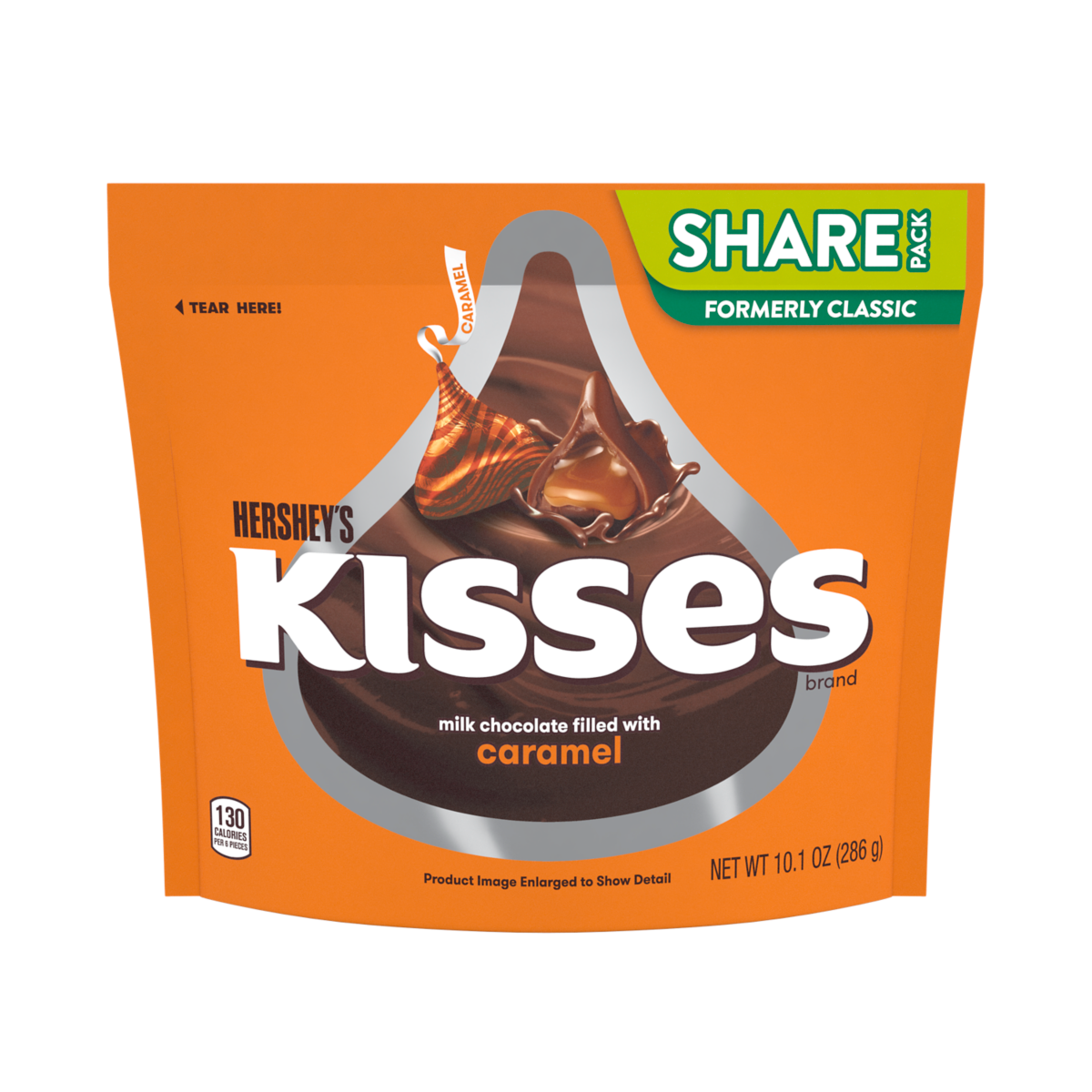 Laxatives can help relieve constipation and promote regular bowel movements. This article reviews 20 natural laxatives and how they work. 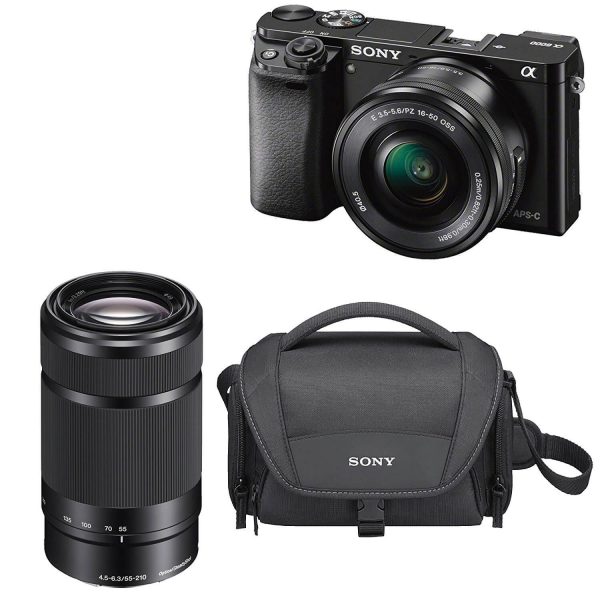